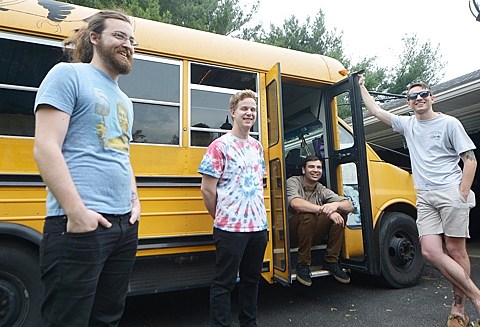 Harrisburg, PA's Young and Heartless have put out two EPs since forming in 2011, and they're now set to release their debut album, The Pull of Gravity, on June 24 via Mayfly Records (pre-order). One very noticeable thing about Young and Heartless is singer Jeremy Henninger's resemblance to Jesse Lacey of Brand New, and if you like that band you might dig these guys too. The album is pretty diverse with the post-hardcore chug of "Desk Rot," the briskly strummed acoustic rocker "Weather Die," the slower softly strummed dirge "Virgin," and bits of post rock coming through on multiple tracks.

A full stream of the album premieres in this post and can be listened to below...

Young and Heartless - The Pull of Gravity