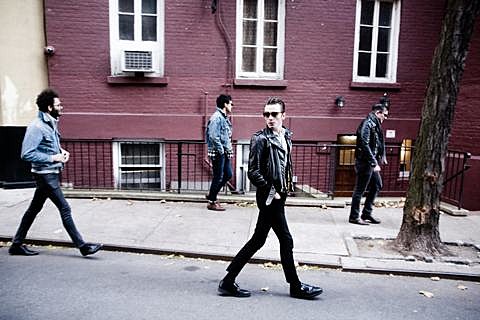 After a 7" in 2011 and a couple tracks released online last year, Brooklyn's Young Boys are set to release their debut album, New York Sun, next week (2/26). The quartet make gloomy, martial-beat post-punk with equal helpings of dissonance and melody. If you like Cold Cave or Merchandise (or '80s stuff like Lords of the New Church and Red Lorry Yellow Lorry) they are worth checking out. You can stream the entire album for the first time below and its mopey/catcy track "Love Hits" is downloadable above.

Young Boys have a couple local shows coming up. They play Saturday (2/23) at Death by Audio with You, Ritual Howls and Faten Kanaan; then their official album release party happens at Glasslands on March 3 with Xray Eyeballs and DJ sets by Brandon of Crocodiles and Punks on Mars. Advance tickets for the Glasslands show are on sale now. 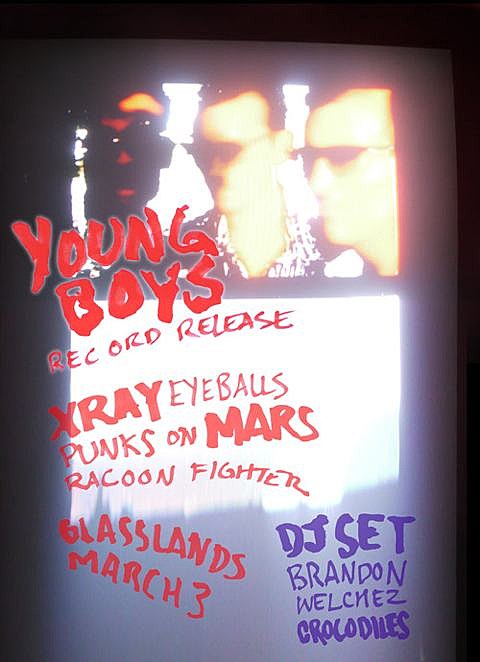