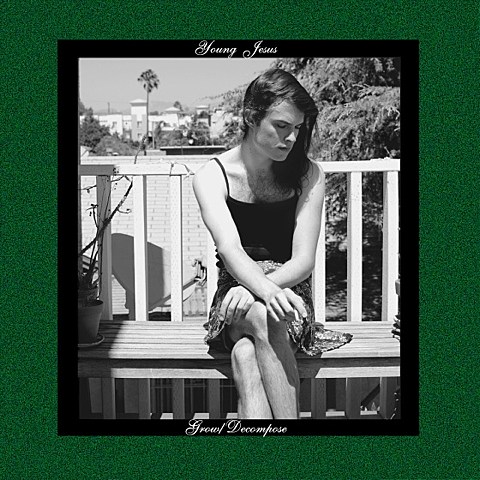 The initially Chicago-based indie rock band Young Jesus released their debut album Home in 2012, and were basically ready to break up not long after that until frontman John Rossiter moved to LA and ended up writing its followup. He says the album is "the product of one of those heavy moments of confusion and depression," adding, "Essentially, I thought I knew a lot, I realized I knew nothing. Classic angst."

Home's followup is called Grow / Decompose, and is due out next week (5/13) via Hellhole Supermarket (pre-order). That's the artwork above, with a picture of Rossiter in drag as one of the album's main characters, Neil. Three tracks from the new album have been released so far, and a fourth called "Milo" makes its premiere in this post. "Milo" has roots in '90s slowcore and early '00s home-recorded indie, and it's propelled by the kind of anthemic melody that feels instantly familiar without sounding like anything in particular.

Check it out, with the other three songs and the album tracklist, below...