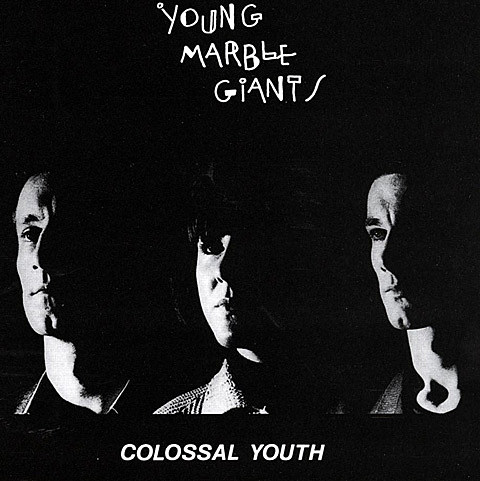 Young Marble Giants only made two 7"s and an album, 1980's Colossal Youth, but the minimalist post-punk trio's music has had a lasting impact. Kurt Cobain ranked it as one of his 50 favorite albums ever, his wife Courtney Love covered "Credit in the Straight World" on Hole's Live Through This, and the band's spare sound remains an influence. (You can stream Colossal Youth below.) The band broke up in 1981 but got back together in 2007 for shows around the Domino reissue Colossal Youth, and they've continued to play live here and there, mostly when asked by festivals. They'll be playing the David Byrne-curated Meltdown Festival in London on August 27. "Colossal Youth was quite a phenomenon," says Byrne. "It's the archetype of bedroom-made music. But because it has that lack of slickness it really draws you in."

Maybe someone will lure Young Marble Giants to North America (NYC Popfest I'm looking at you) but for those who don't want to fly to Europe, there will be a NYC Tribute to Colossal Youth happening at Hi-Fi Bar (8/27) the same night Young Marble Giants play Meltdown. Organized by Blue Man Group's Tom Shad and Elk City's Renée LoBue and hosted by Tim Sommer, performers will include Cynthia Sley (Bush Tetras), Richard Baluyut (Versus), Toni and John Baumgartner (Speed the Plough), Dave Derby (Dambuilders/Gramercy Arms), Lysa Opfer (Overlake), and many more. The show is free but donations are encouraged and will go to the performers. Flyer for the show and full list of announced performers is below. 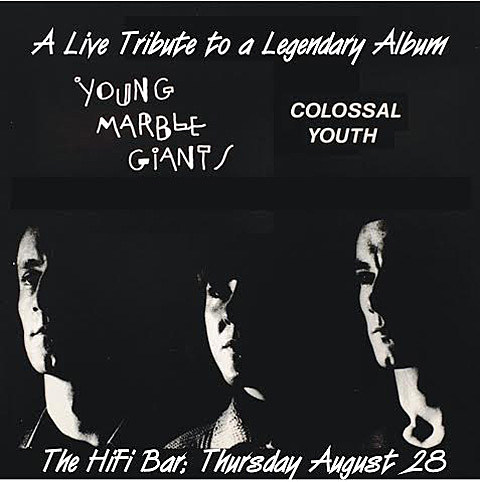