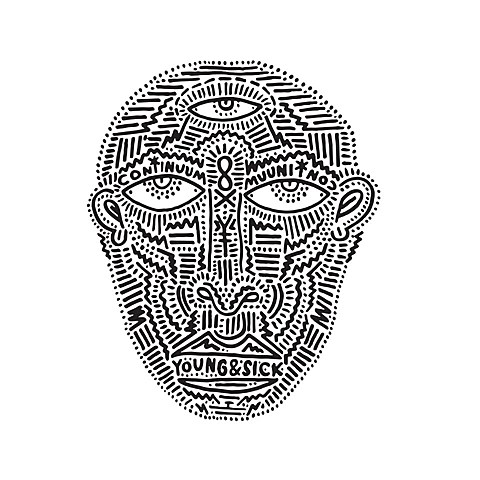 I kind of closed myself off of a lot of new music, even though it may not sound like I did. I tried to look to much older projects and much older bands that I enjoy to conceive this whole thing and to get a sound. But I'm trying as much as possible to just look at myself for writing, then obviously taking some hints from older things such as, I don't know, Steely Dan or Horace Silver or even D'Angelo and anything with soul to it. And I was lucky to catch an early wave of this -- I mean, it's silly. R&B has never really gone away, it's just gotten more interesting lately because it kind of sat still in the late '90s and early 2000s where it stayed in a certain form. Now that a lot of the ego is out of it, it can take on many new amazing forms. For Young & Sick, the sound that it has right now, the two EPs that are out do sound a lot different from the album, but the signature is still there. The album is quite a bit more uptempo. The album is coming out in spring -- I'm not sure about the date just yet. We're just going to keep evolving. I don't think about the sound. It comes quite naturally. [Young & Sick to Stereogum]

LA/NY's Young & Sick is the somewhat-mysterious "music and art project" of someone only going by Nick (previously Japayork), who has designed album artwork for Foster the People, Maroon 5, Robin Thicke and others. Young & Sick's musician side is signed to Capitol subsidiary Harvest Records (also home to Morrissey and Death Grips) and, as Nick mentions in the interview above, a full length will come out on that label soon following his two EPs.

Like he says, he "kind of closed [himself] off of a lot of new music, even though it may not sound like [he] did," which seems pretty true. From the sounds of his EPs, Young & Sick fits right in with the whole indie-R&B thing going on right now, but to my ears he sounds most similar to Rhye, who like Young & Sick, sounds more inspired by smooth '80s sophisti-pop than hip hop R&B. You can check it out for yourself by streaming four songs and watching a couple videos below.

Though Young & Sick is, like I said, somewhat mysterious, he's not intending on keeping it that way. From that same interview: "Yeah, I mean, it's not like I'm anonymous. I'm not trying to be interesting or hide behind anything. I just don't enjoy the whole vanity that music has taken on where it's become more of a fashion show and music comes in second place."

You'll be able to see Nick in person (and the other two members of his live band), when they play their first-ever shows in early February. There's three Northeast dates scheduled, including a Brooklyn show happening on February 4 at Baby's All Right (moved from Rough Trade) with Yellerkin. Tickets for that show are on sale now. The band is also playing Coachella.

All dates are listed, along with those streams and videos, below... 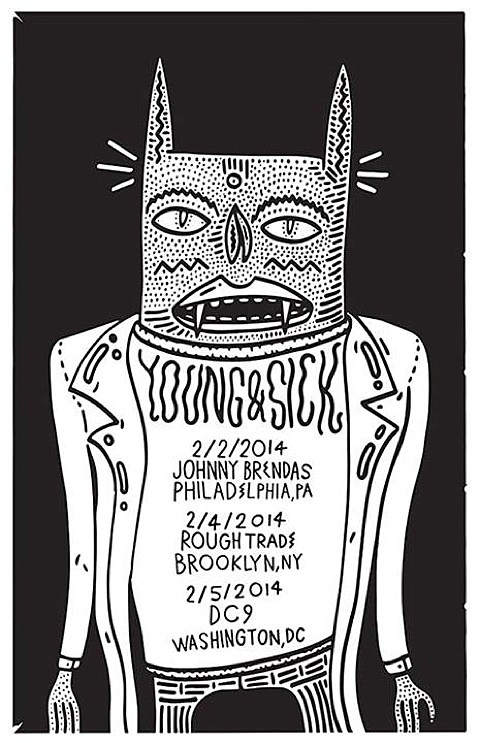