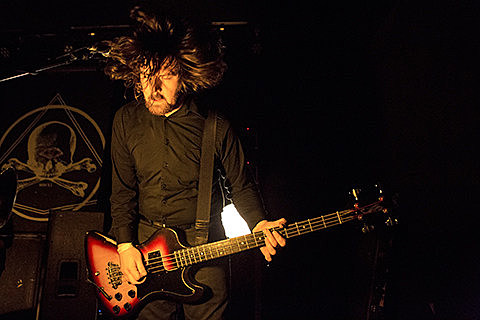 Noisy Louisville post-punks Young Widows have announced a run of tour dates for March 2015. They'll be joined on the whole tour by Shannon Wright (formerly of '90s indie band Crowsdell), who Young Widows are already outspoken fans of. They'll also be joined for all but three dates by NYC post-hardcore duo The Austerity Program, who released their first LP since 2007, Beyond Calculation, earlier this year.

The tour will hit NYC for a show at Saint Vitus on March 17. Tickets for that show go on sale this Friday (12/19) at noon.

All dates listed, along with video of Young Widows playing their excellent LP Easy Pain in its entirety at Saint Vitus in January (via Pit Full of Shit), a stream of a track from Shannon Wright's latest album, and a full stream of The Austerity Program's Beyond Calculation, below.