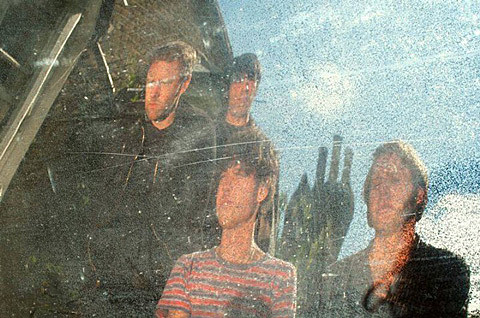 UK band Younghusband, which which is fronted onetime Emmy the Great collaborator Euan Hinshelwood, will release their second full-length, titled Dissolver, on October 30 via the ATP label. The record was made at Geoff Barrow's Invada studios and was produced by Robert Hampson of Loop. Dirty Three/Nick Cave violinist Warren Ellis plays on it, too. The album's first single is "Better Times" which is a really nice, understated bit of magic hour psychedelia. You can stream it below.

If you like that song, you'd do well to check out their 2013 debut album Dromes, which came out on Sonic Cathedral. You can stream that below as well. They'll be touring the UK in September and those dates are listed below.