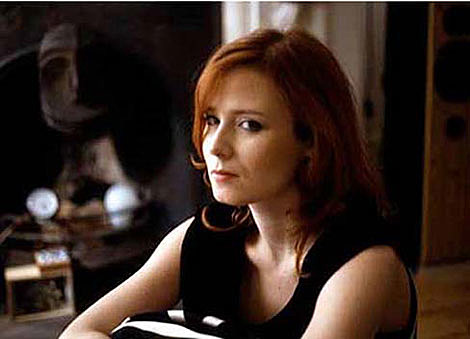 Even if you don't have a badge, CMJ (Oct 21-25 in NYC) can be overwhelming... especially these days with the proliferation of day parties, unofficial showcases and afterparties. Running around like a crazy person trying to catch everyone you want to see can be fun, but sometimes it's not such a bad idea just to pick one place and stay there. With that in mind, I've picked one day party and one evening showcase for each of the five days, as well as late night parties where applicable. The guide to Friday (10/24) is below...

DAYTIME: The fine folks behind the Seaport Music Radio Show (on East Village Radio) have put together a great show at the performance/art space at On-the-Side @Seaport (210 Front Street). The line-up is NYC/Bejiing's Arms, two bands from Norway (Casio Kids and The Real Ones), UK indie poppers Bearsuit, Atlanta's All the Saints and two more to be named. Sure, it's Way the Hell Downtown but they're mostly bands that aren't playing a lot of other shows, and it's a neat space. (More Info)

EVENING: While I'll be stuck at Mansion drinking $9 beers waiting to see if Roisin Murphy is going to go on anywhere near her schduleded 9:15 set time, I recommend anyone else with interest in dance music head to Irving Plaza for a night of well-curated artists. UK's Late of the Pier have made one of the years best, weirdest major label debuts; The Whip are are fun if a bit cheesy; and Soulwax are simply one of the best live dance acts on the planet. In-between, BBC-1's Rob da Bank spins, with a late-night sets from Pete Tong and Soulwax's alter-egos 2manydjs.

LATE NIGHT: Brooklyn's Cheeseburger are playing a lot of shows during CMJ but I am told on good authority that if you attend only one, make it this one (the late part of the Kemado CMJ showcase) as they are planning something wild. Supposedly it the show will be themed around Superjail, the Adult Swim show which Cheeseburger performs the theme song and was co-created by guitarist Christy Karacas. Be prepared for wildness.