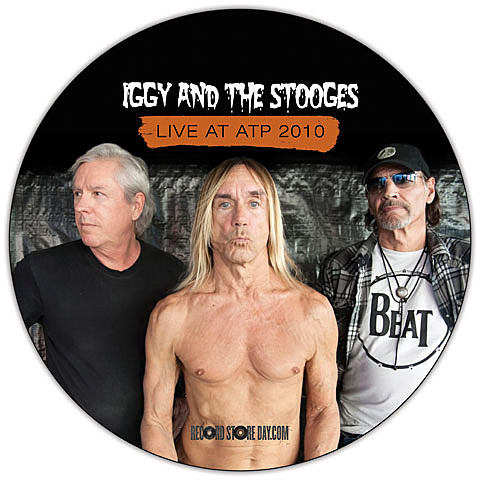 This Saturday (4/21) marks the 5th annual Record Store Day, and with it comes another chance to procure your favorite band's most exclusive (or oddest) musical releases yet. There will also once again be lots of in-shop events.

No matter where you are located (in the U.S., UK, Germany or Belgium) (like Chicago maybe?), you should be able to find a still-open record store near you that will be selling the good schwag and possibly throwing a party too. As we've been, we'll continue to highlight some of the NYC stores, along with what you might find in them.

Aside from selling fresh rarities, NYC's Other Music is celebrating with a live lineup of DJs featuring Four Tet, Black Dice, The Men (who appear on a Sacred Bones RSD comp), Ex Cops, and Wild Nothing. Other Music will exclusively sell Ex Cops's debut 7", "I Am the Lion, You Are the Lamb," which is relasing on their Other music label. Other Music is set to open to the public at 11 a.m. Saturday morning (which gives you time to hit other record stores who open even earlier, first).

Kim's Video & Music looks to attract the early birds with an 8 a.m.opening and live and/or DJ sets by MUSH1, X-ray Eyeballs, Prince Rama, and more. In addition to the gig there will be discount offers, "over 150" record store day exclusives, pizza and beer. Maybe you'll find a copy of the, a day late for 4/20, Lee "Scratch" Perry Blackboard Jungle Dub Limited Edition Box... 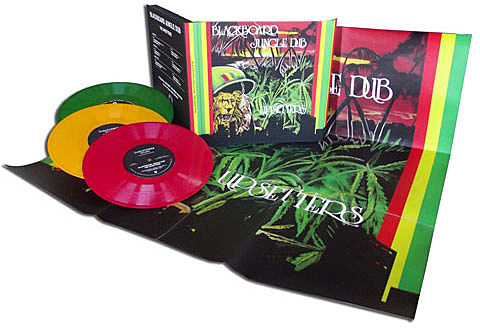 The West Village's Generation Records has a show of their own planned, with The Paul Collins Beat, Supertouch, Night Birds, and Joyce Manor performing, as well as DJ sets by Tom Scharpling, Three Chord Monte, Zachary Lipez, and Mikey Post. They will also be selling a variant of Supertouch's Lost My Way EP, which will feature shop-exclusive cover art. Generation Records is pegged on opening at 10 a.m. this Saturday.

Williamsburg shop Sound Fix will host Mates of State for a gig and meet-and-greet on Saturday night. The band's 2009 covers album, Crushes, will be released for the first time on vinyl as a Record Store Day exclusive. Sound Fix opens at 10:30 a.m.

Amid touring, Portugal. The Man, who have a RSD 7" of their own, are playing an in-store set this Saturday at Fords, New Jersey's Vintage Vinyl. The shop's also opening early at 8 a.m., and their stock's boasting reiusses of Graceland and Raw Power, as well as Iggy and the Stooges' LP picture disc of their ATP 2010 performance of the seminal album.

Long Island's Looney Tunes Records is featuring a trio of free acts by Grace Read, The Lumineers, and JuiceheaD and Osaka Popstar, who are bringing their collaborative 7" "Waiting Room" exclusively to the shop. The show will start at 1 that afternoon, but shoppers can begin at 9 a.m. if they're "VIP Members" (to inquire what that means, check here). Doors will open to the general public at 10 a.m.

Permanent Records in Brooklyn will host in-stores by Memoryhouse and Mattison.

Cake Shop says "the CAPESHOK RECORD MART back for one day only!" and are hosting a performance by the Hairs at 3pm. 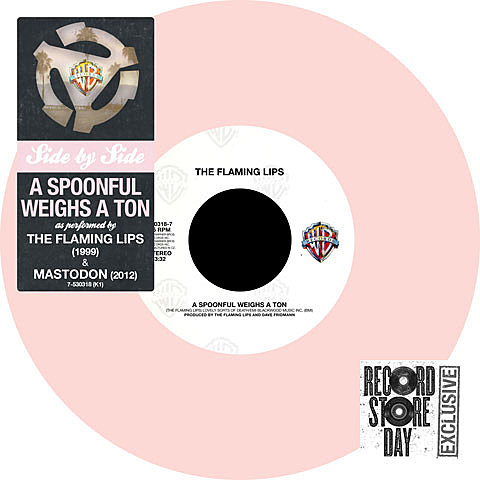 Of course, there will be precious records found at a variety of independent shops across the country, including the more exotic collaborations that have been hyped as blog post oddities. Fiest and Mastodon's (or 'Fiestodon') will be releasing their split 7" featuring both acts covering songs from each other's 2011 studio releases, Metals and The Hunter, respectively. Listeners can look forward to hearing Feist's rendition of "Black Tongue" and Mastodon's turn on "A Commotion".

Mastodon also-- perhaps inevitably-- succumbed to the bidding of current off-kilter audio project warlocks The Flaming Lips for another split 7", where they'll cover the Lip's "A Spoonful Weighs A Ton." While the Lip's contribution to the baby pink record is their original track recording, fear not, for the band has a more outlandish and sprawling album ready for the big day. The Flaming Lips and Heady Fwends, the mistifying mega-collaboration they've been working on with Bon Iver, Prefuse 73, Yoko Ono, Chris Martin, Nick Cave, Ke$ha, and more, features new tracks with the aforementioned guests including their previous work with Neon Indian and Lightning Bolt. And, as if the music wasn't enough, Wayne Coyne has been amassing the blood of his fellow collaborators to somehow infuse into the record. At the very least, Alan Palomo, Justin Vernon, The Flaming Lips, and Kesha's blood could be in your copy.

St. Vincent plans on releasing a red 7" sided with two new tracks, "KROKODIL" and "GROT." Reportedly more guitar-driven and aggressive departures from her previous material, her debut of "KROKODIL" at Coachella attests to that, possesing a relentless savagery often only hinted at in her nervous yet controlled guitarwork. It also attempts to channel whatever demons she found covering Big Black for 'Our Band Can be Your Life.' You can download her Coachella performance of "KROKODIL" here.

Speaking of bands playing Coachella, Refused are putting out 1998's The Shape of Punk to Come as a limited edition colored LP on Record Store Day. Pair it with a yellow vinyl Snapcase 12". 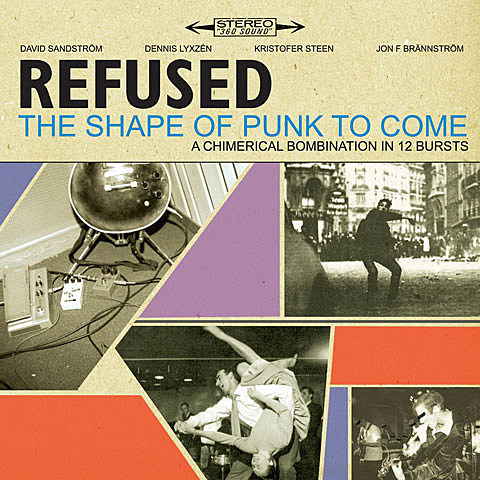 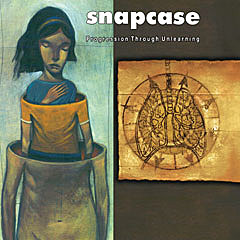 Speaking of things to come, Record Store Day is also used to tease what's on the way. Garbage (who are paying a special Record Store Day visit to Austin) are releasing their first new physical single in almost ten years with "Blood For Poppies" in anticipation of their reunion album this spring. Public Image Ltd. came out of the woodwork to present an EP featuring their latest release of new material in 20 years, including single "One Drop." And Faith No More frontman Mike Patton is reissuing his side-project Tomahawk's entire studio output in a boxset designed with space for the band's upcoming summer LP.

For our Chicago readers, you can check out what your local record shops are up to this Saturday, including a BV Chicago-presented event at Saki, here.

Which releases are you most excited for this Record Store Day? Check out what NPR decided to highlight, like the previously mentioned Shabazz Palaces release, HERE. Watch Cris Brown give his annual Record Store Day show and tell, and other videos below...