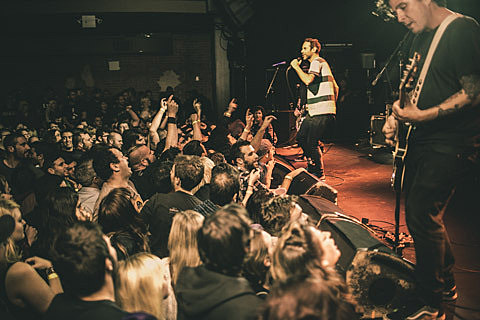 As discussed, NJ punks The Bouncing Souls are doing their annual Home for the Holidays shows from December 26-29 at The Stone Pony in Asbury Park, and the openers for those shows have just been announced. The Thursday (12/26) will opened by LA punk vets Youth Brigade, The Ratchets, and Lost In Society; the Friday (12/27) will be opened by Molly and the Zombies, Laura Stevenson, and The Brigantines; the Saturday (12/28) by "special guests," Mephiskapheles and The Organ Thieves; and lastly, the Sunday (12/29) by Boy Sets Fire, The Flatliners and Restorations. Single night tickets go on sale Wednesday (10/16).

BrooklynVegan is proud to be a media sponsor of this year's event, which happens not long after we just presented a Bouncing Souls-headlined show at Music Hall of Williamsburg in September. Flyer below.

Restorations will also be in NYC when their tour with Weatherbox hits Saint Vitus on November 9. Tickets for that show are still available.

Laura Stevenson is also touring as a support act for Cursive frontman Tim Kasher (whose new album she appears on), and that tour hits NYC on November 6 at The Bell House with The New Trust (ex-Velvet Teen). Tickets for that show are still available. 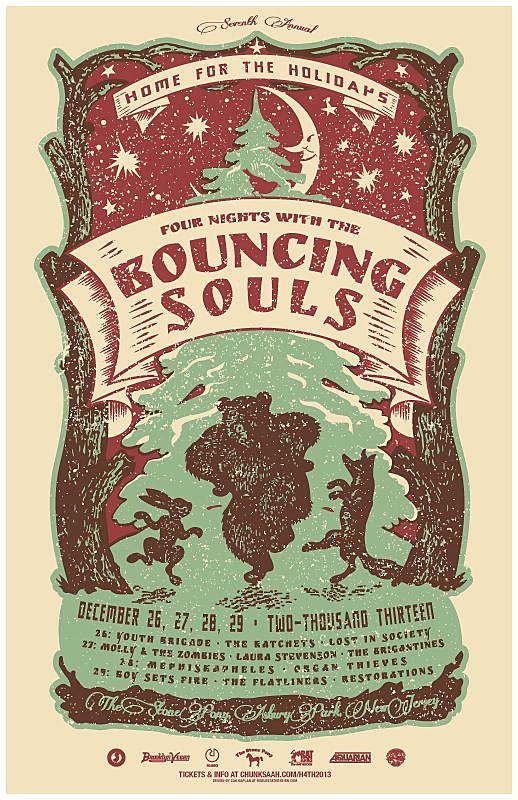