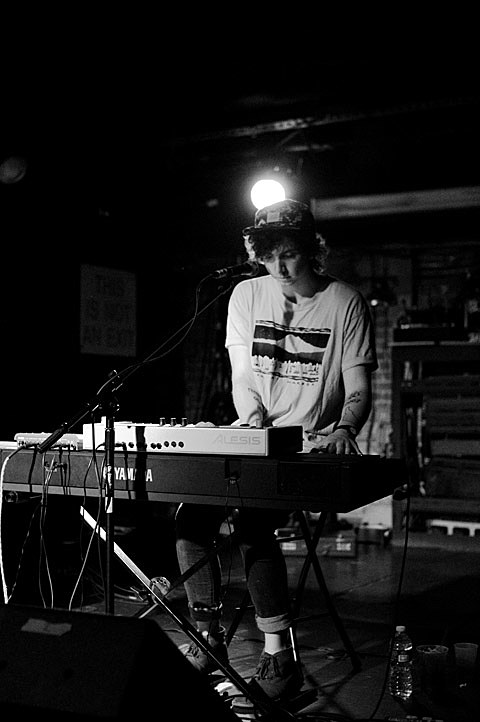 For a musician who records in his bedroom, Youth Lagoon seems to love spending time on the road. He just finished up a tour that hit NYC three times and will head back out for another run of dates this November. The new dates include two more NYC shows. He'll return to Mercury Lounge on November 14 and 15 and will be supported by Young Magic, who also opened his NYC debut at the same venue. Tickets for both NYC shows go on sale Friday (10/14) at noon with an AmEx presale starting today (10/12) at noon. All dates are listed below.

Youth Lagoon's debut LP, which was released a few weeks ago, is available as LP/CD/MP3/Cassette at the Fat Possum webstore. As mentioned, it includes two bonus tracks, "Bobby" and "Ghost To Me," both of which you can listen to below.

Young Magic released the "Night in the Ocean" b/w "Slip Time" single this week (10/11) via Carpark. You can stream "Night in the Ocean" HERE and stream "Slip Time" below. The 7" is available at the Carpark webstore. They've got CMJ shows coming up including a TBA BrooklynVegan day party and the Car Park/Paw Tracks showcase at Public Assembly (10/18). They're scheduled for an unofficial PopGun party at Glasslands on October 20 with Sun Glitters, Weekend (who also play the BV CMJ showcase @ MHOW), and others. Tickets for the PopGun party are on sale now. They're also playing a free day show at The Delancey on October 22.

All dates and song streams below...

Youth Lagoon - "Ghost To Me"