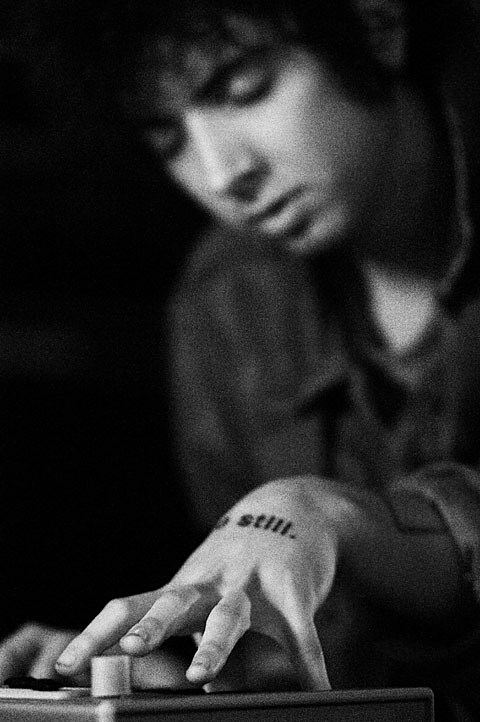 Only a handful of dim, blue lights and a faintly glowing lantern lit the stage at the Mercury Lounge last night as Young Magic began to play. Though terrible for photography, the darkness complimented the trio's soulful, animalistic sound.

Mixing music from a number of genres, Young Magic crafts a unique sound, largely inspired by Isaac Emmanuel and Michael Italia's independent travels through the small towns and cities of Europe, the UK, and South America.

As if incorporating the flavor from the illegal 1920s cabaret venue on the ground floor of their practice space, Young Magic's music is at once sensuous and restless. At times, even Italia's long, bead necklace seemed to add something to the mix as his sudden movements sent it dancing around his neck, in time to his unconventional, African-inspired beats. And Indonesian born Melati Malay's reverb-soaked vocals are arresting, especially when set to Isaac Emmanuel's rolling spoken word verses.

Making music seems to be an act of catharsis for both parties, judging by the earnest candor of the evening's performances.

"I really want to thank Young Magic for opening up tonight," Youth Lagoon's Trevor Powers said of his tour mates. And it's that particular choice of diction, that seemingly insignificant two-letter word, "up," that makes all the difference.

Given the deeply personal and revealing nature of his own lyrics and his experience with anxiety disorders (which he discusses freely in interviews), Powers should know. But last night, even a slow start plagued by over twenty minutes of technical difficulties didn't seem to phase the Idaho native. With its lush melodies and winsome touches, Youth Lagoon's music feels at once nostalgic about the past and hopeful for the future ("Montana" being a good example of this).

With just a single album under his belt, Powers has been attracting a lot of praise over the past few months, and last night's sold-out audience was deeply supportive and enthusiastic. Between each song, people yelled out encouragements or tried to engage the young, cherub-faced singer in conversation.

"People always yell things, but I can never hear," mused Powers. "Ok. You in the back, with your hand raised..."

Hardly anyone budged at the end of his short, 40-minute set, prompting Powers and friend/band mate Logan Hyde to return for a final song, "Daydream." Sometimes, music is the best medicine.

It was tour-mates Youth Lagoon & Young Magic's 2nd show in two nights at the NYC venue. Pictures and video from the first night are HERE. More pictures and the setlist from the second, below... 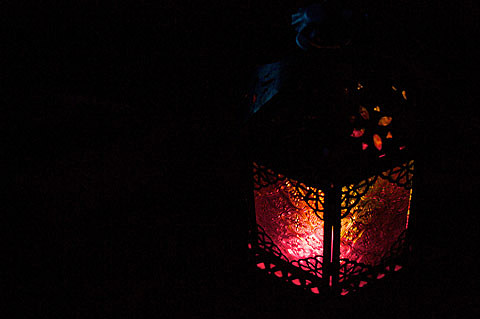 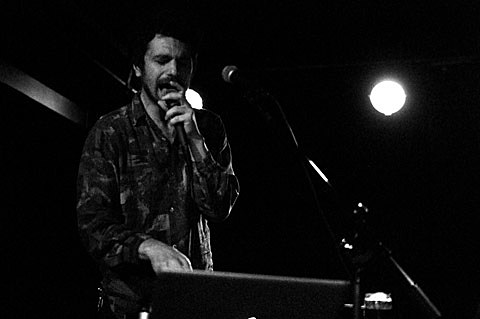 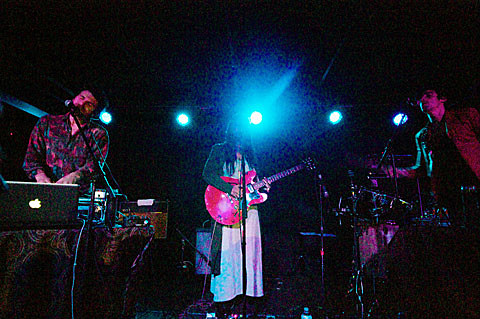 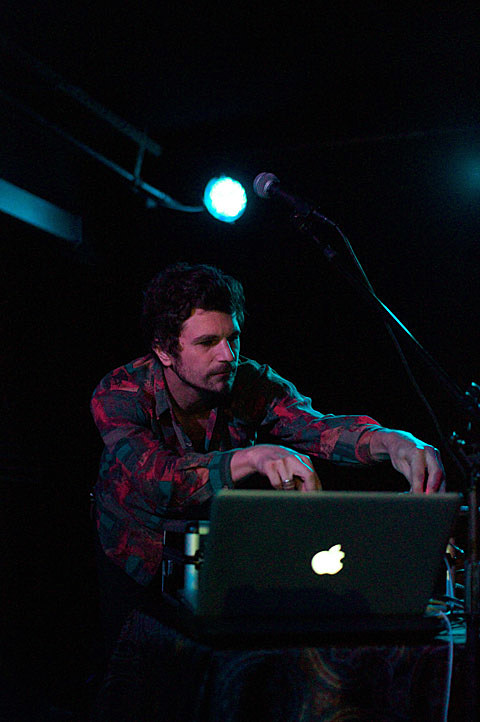 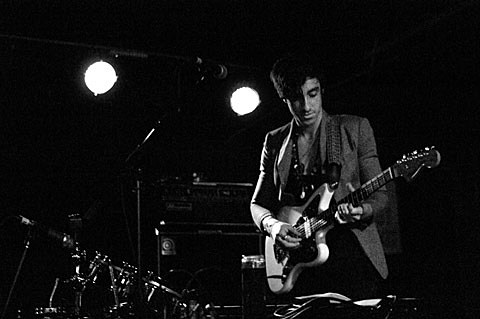 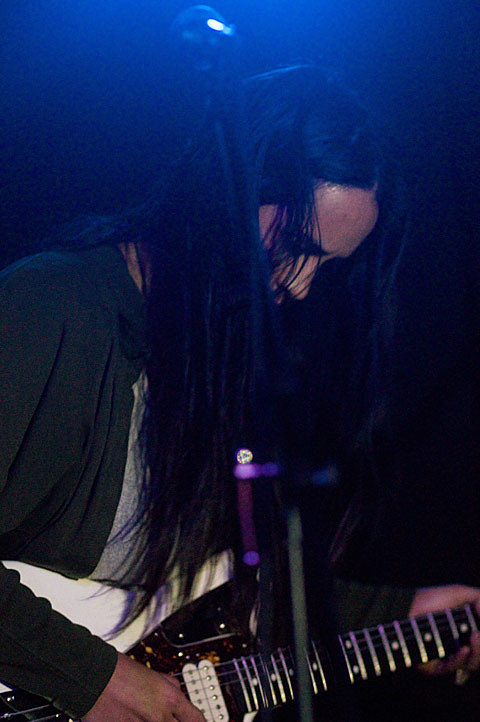 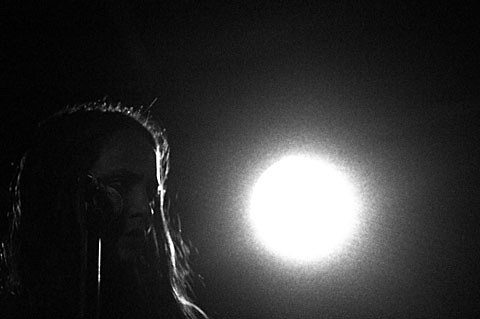 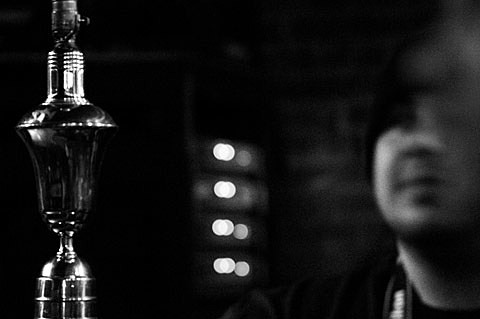 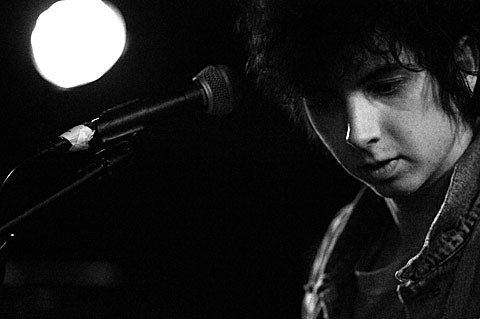 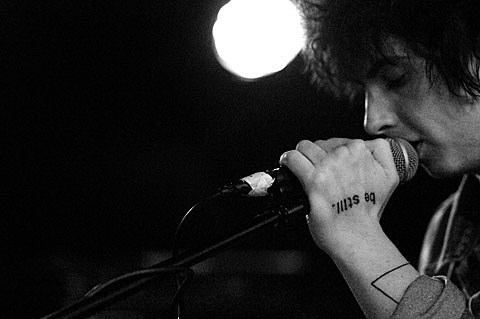 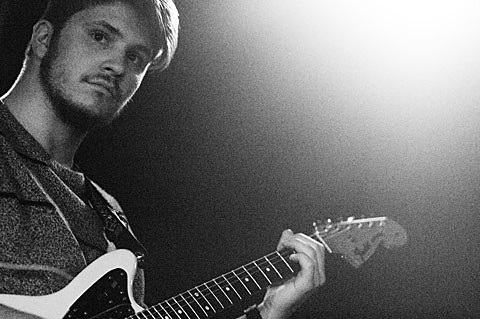 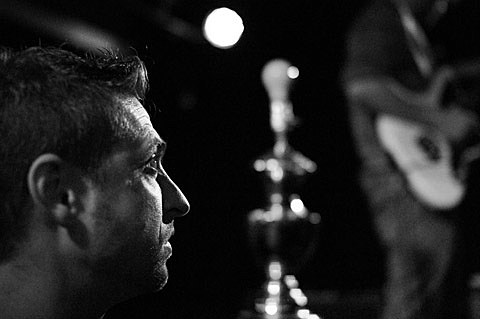 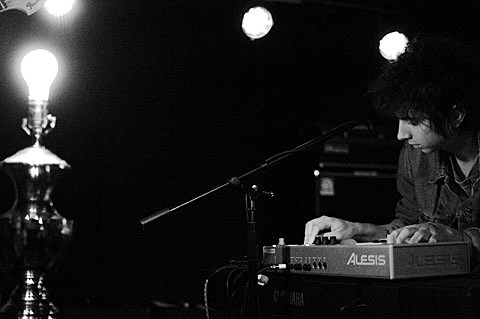 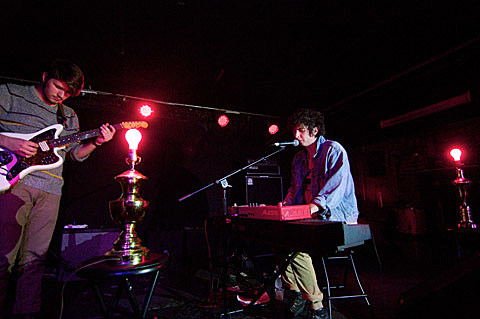 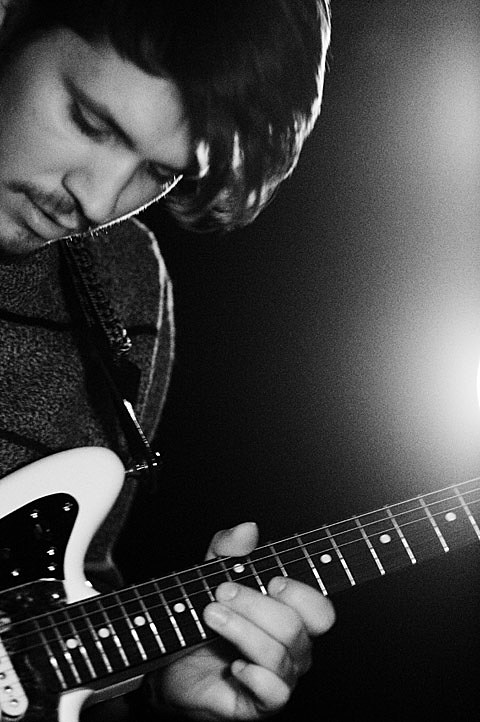 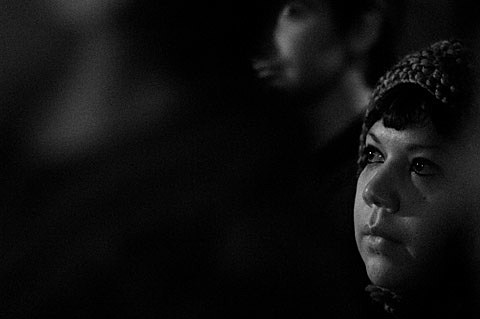 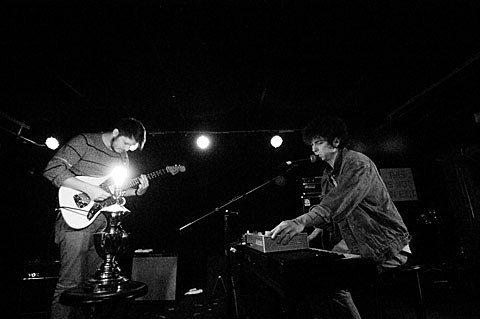 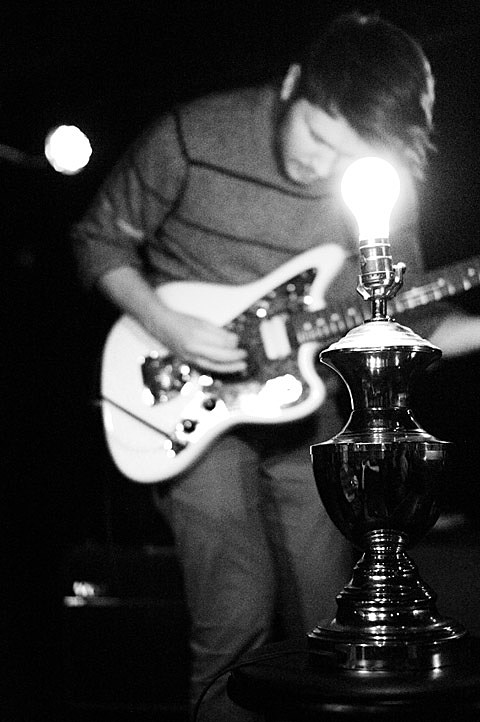 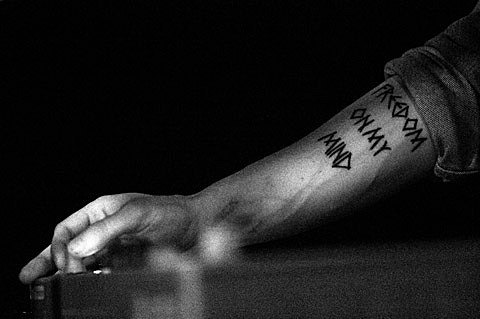 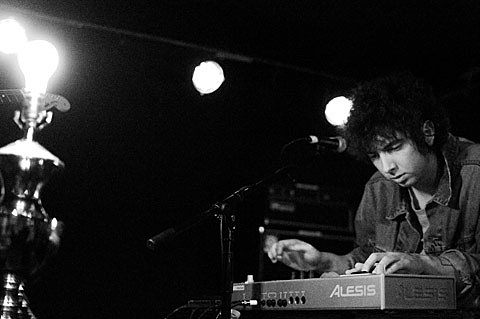