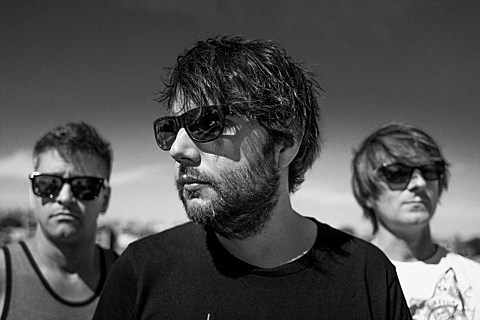 Youth Worship, the band formed by Asobi Seksu guitarist James Hanna after that band went on hiatus, are following last year's debut EP with their first full length this month. LP1 comes out 6/30 via Self Harm Records (pre-order), and five of its tracks are streaming now. Two of them feature members of Boris, and there's definitely a bit of a Sonic Youth influence coming through here (especially on "New Rights"). Listen below.

The band have three shows coming up, including Pawtucket, Somerville, and Brooklyn. The Brooklyn show happens July 11 at Acheron, with Dead Leaf Echo headlining. Bootblacks, Adelaida, and DJ sets from Glenn Maryanski (Tiers) and Shannon Funchess (Light Asylum) are also on the bill. Tickets are on sale now.

Tour flyer, flyer for the Acheron show, and those song streams, below... 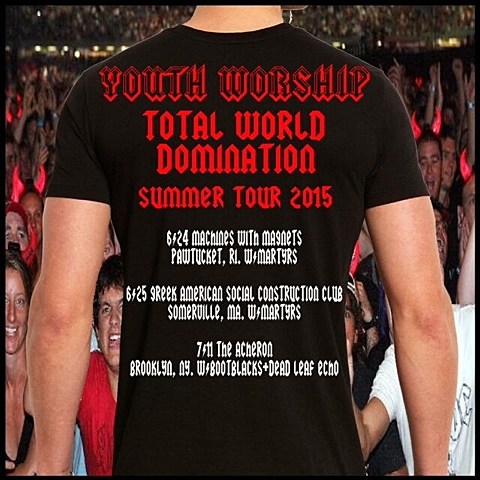 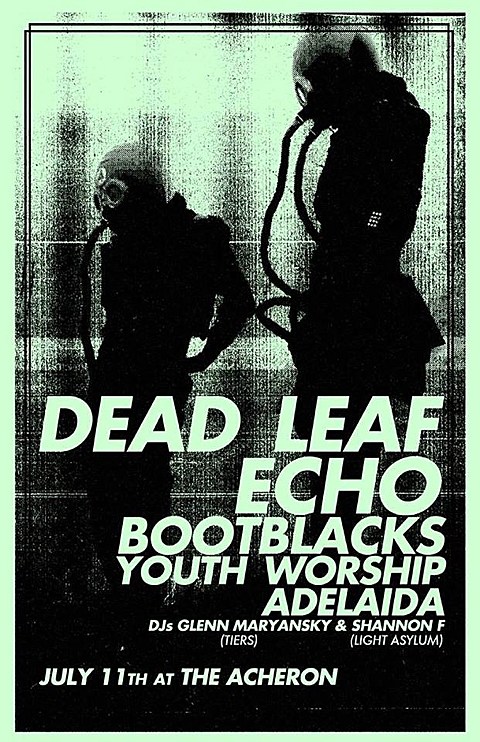