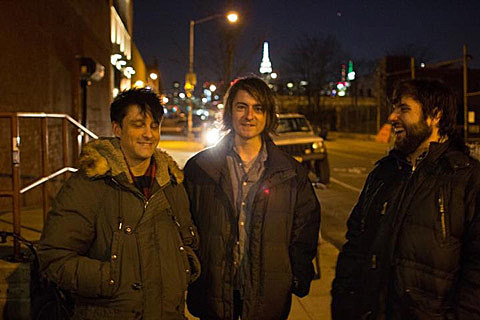 NYC shoegazers Asobi Seksu went on indefinite hiatus in 2013 and guitarist James Hanna now has a new band, Youth Worship, which formed early this year. Youth Worship finds Hanna in more rocking mode, and "Pink Snow" from their just-released debut EP is a real stomper. (The rest of the EP is a little more in Asobi style.) That song's video, directed by Bradley Cantor, makes its premiere in this post and you can watch it, and stream the whole EP, below. The band have put the finishing touches on their first album which features guest appearances by some of the Boris folks and will be out in early 2015.