This guy is no longer in Yuck (more by Tamara Porras) 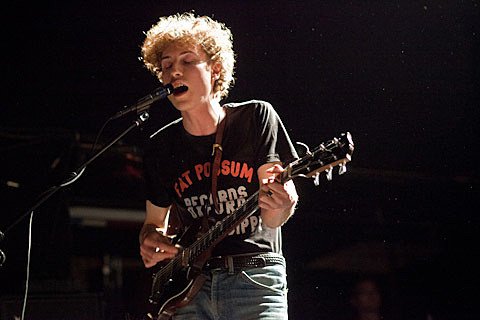 Back in 2009, Daniel Blumberg and Max Bloom left their Arctic Monkeys/Strokes-inspired Cajun Dance Party to form the Pavement/Teenage Fanclub-inspired Yuck. And now, Daniel is leaving Yuck to focus on his own music. According to a post on the band's Facebook page:

What's up! Lots of new things have been happening in Yuck world. We're getting ready to go to New York this week to record our 2nd album! Unfortunately, Daniel won't be joining us as he's decided to focus on other things. However, new music, new tour dates, and bigger afros will be coming very soon. So get ready. GET. READY

Later on, they clarified:

Hey guys, just to clarify, Daniel has left the band to concentrate on releasing his own music. The three of us have written an album we're all extremely proud of and we're all very excited about recording it. We hope you'll stick with us, your support means a lot to us. Max xx

It's not clear if they mean Daniel will be focusing on his other project, Oupa, or if it's a new project completely.

Maybe when the rest of Yuck is in NYC, they'll do a show? Stay tuned. Meanwhile, a stream of Yuck's most recent single, "Chew," is below...