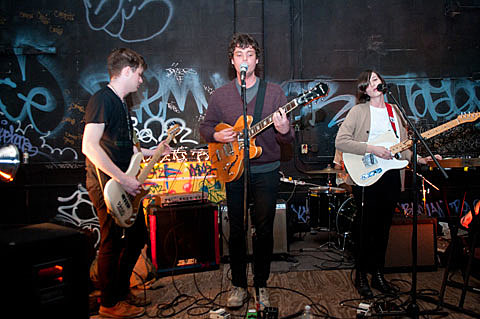 Dang it! Yuck are still having trouble getting into our country, cancelling tonight's show at Mercury Lounge. But tomorrow's show (1/26) at Glasslands is still on, and I'm gonna write this with fingers crossed. You can still get tickets to tomorrow's show.

Yuck's self-titled debut is due out February 15 and is full of the kind of warm and fuzzy indie rock that will remind certain 30-somethings of their college years listening to Sebadoh, Teenage Fanclub and Bettie Serveert. (They also remind me of underrated mid-aughts band The Comas.) You can check out two songs above. I am super-psyched to see them.

The Glasslands show tomorrow is especially enticing. Darlings don't get enough attention, as they're one of the more tuneful bands we have in this town, and they're always good live. Above you can check out the A-side to their "Big Girl" 7" which was released late last year on Famous Class. They've got a new EP, Warmer, due out any minute. Fergus & Geronimo and Total Slacker too. Solid line-up.

Yuck, if they make it into the country, tour with Smith Westerns and then will back in March for SXSW. All Yuck dates are below. With the trouble they have, maybe they just shouldn't leave. 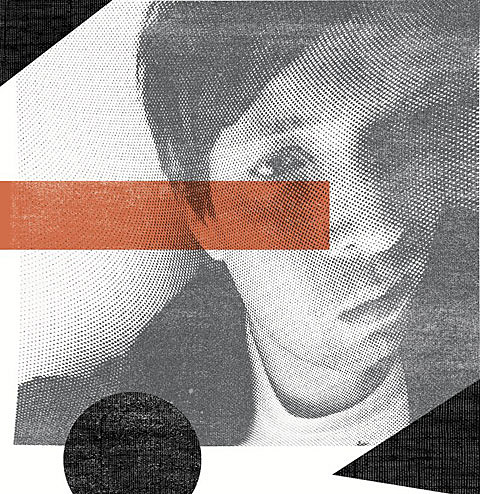 Also making their NYC debut this week are San Francisco's The Soft Moon who play the Wierd Party at Home Sweet Home tomorrow night (1/26) and at Monster Island on Friday (1/28) as part of an all-Captured Tracks line-up that includes Blank Dogs, Widowspeak and Further Reductions.

You can check out two tracks from The Soft Moon's debut LP which is pretty much in "classic goth" territory: relentless beats, watery bass, whispered vocals. It's all very Clan of Xymox which is a good thing if you ask me. As to what they're like live...we'll see. From footage I've seen on YouTube, they don't seem to have a drummer which is too bad, but otherwise seem to play most everything else live. I really dig the album, looking forward to this one.

Unless you don't have to get up at a normal hour on Thursday (bands don't play till 1am at Wierd), Monster Island is probably the way to go. Plus it's more klang for your buck. I caught Widowspeak last week and thought they were pretty good, not dissimilar to YellowFever (who have a show coming up with Wild Flag by the way). Blank Dogs have finally figured out a workable live line-up, and I'm curious about Further Reductions (side project of Led Er Est) whose 7" on Captured Tracks is superior minimal synth. 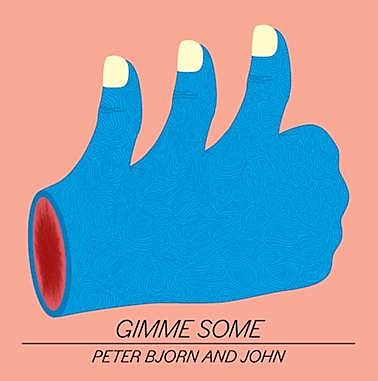 There is really too much going on this week. Did you manage to get tickets to one of the two Peter Bjorn & John shows? (Thursday 1/27 at Santos, Friday 1/28 at The Rock Shop) These should be fun.

I think the surprise success of "Young Folks" was a blessing and a curse for PB&J. Here's a group that made cute, very good guitar indiepop and who probably would still be playing small clubs if it wasn't for that mega-smash that sounded like nothing the band had done before? In their case, they made an all-instrumental album (2008's Seaside Rock) and then 2009's ambitious Living Thing that was pretty good, but sounded more like a demo reel for Bjorn Yttling's production resume than something they thought about how they were going to play live.

Working with an outside producer for the first time (Per Sunding who some of you may know from excellent '90s indiepop Swedes Eggstone), Gimmie Some is the return of Peter Bjorn & John sounding like themselves again. It also sounds like three guys playing live, which bodes well for these shows, and is their best collection of songs, hands down, since Writers Block. In addition to adrenalyzed first taste "Breaker Breaker" (video below), there are three or four more crazy-catchy potential singles on the record, including the cowbell-fueled "Second Chance," and funky-ish "Dig A Little Deeper." It's a really good album.

Look for a full-fledged tour around the album's release in March. 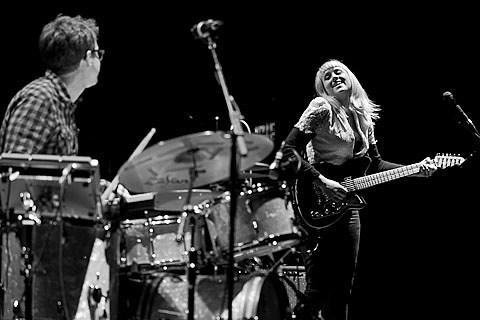 The Decemberists played their first of three NYC shows last night. If you're going to tonight or tomorrow's sold-out shows at the Beacon, do get there early to see openers Wye Oak, one of the best bands around these days. They are chill-inducingly good live. The duo's new album, Civilian, is due out March 8 on Merge and is a real stand-up-and-take-notice stunner. It is crazy good. I don't know what the first single is going to be but if I was picking it would be the soaring "Holy Holy" that they better damn well play this week. There's video of them performing it last week in Berlin at the bottom of this post.

In addition to those shows with The Decemberists, Wye Oak are also playing a private show at The Rock Shop on Thursday that we're giving away four pairs of tickets to. To win, e-mail BVCONTESTS@HOTMAIL.COM (subject: Wye Oak). Include your first and last name in the email. A winner will chosen at random and contacted with more details. Good luck!

Wye Oak head out on tour with Lower Dens then Callers -- none of those shows are in NYC unfortunately but hopefully they'll be back soon.

That's the big stuff this week. Here are a few more picks, day-by-day:

Yuck aren't playing tonight, but Generationals and Country Mice (who seem to have dropped the "We Are" from their name) are still doing their early show (7pm) at Mercury Lounge tonight. Generationals' Trust EP from last year was really good, you can download its title track at the top of this post.

Suuns are at the Rock Shop tonight, the first of three shows this week. They also play Shea Stadium tomorrow (1/26) and Mercury Lounge on Thursday (1/27). I've written about these Montrealers loads of times, they're great, go see 'em. 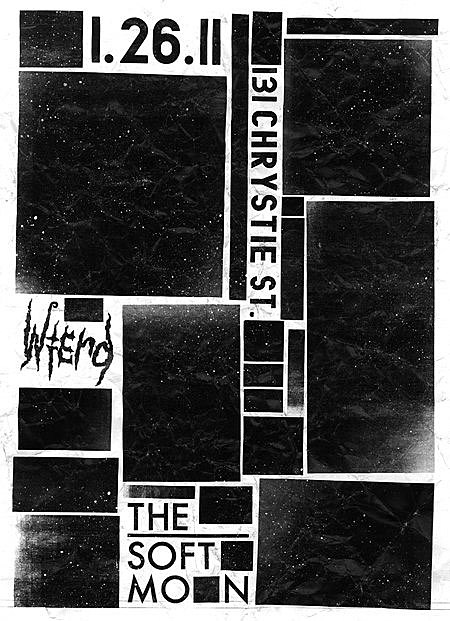 I wouldn't be surprised if the entire staff of L Magazine was at Brooklyn bowl tonight for a free show with Miniboone, Ava Luna, Miracles of Modern Science.

In what is one of the stranger, strangely awesome bills I've seen in a while: Liturgy, Naam, Your Youth, and ARMS play Union Pool.

Didn't get enough of the '90s last week at the Bell House with Evan and Juliana? Well please enjoy the pop punk sounds ofThe Muffs tonight. Or go see them tomorrow (1/29) at Maxwell's.

Blog I Guess I'm Floating celebrates its fifth birthday with a pretty impressive line-up at Glasslands: Beach Fossils, A Place to Bury Strangers, Caveman, Guards, ARMS, and Dreamers of the Ghetto. That is a lot of bands.

Seattle's Moondoggies play their only NYC show at the Rock Shop.

that's it for this week. tour dates and videos and stuff below....