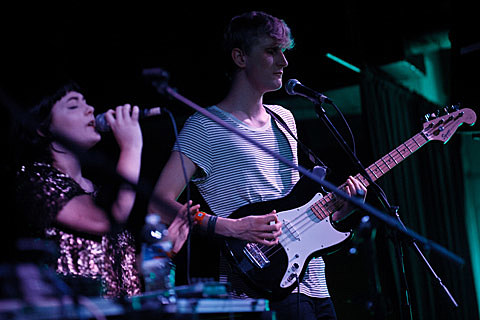 They haven't been in the States since SXSW, but their summer tour kicks off in Brooklyn with a show at Baby's All Right on July 18. Tickets for that show are on sale now. All dates are listed below.

The sounds of EP II are breezy and grand, totally befitting of the Texas sky they'll be returning to at the end of the month - they're on the bill for Gorilla vs. Bear's annual summer shows, which expand from Dallas to Austin for the first time this year. They've also been named on GvB's favorite albums & tracks of 2015 (so far) list.

All tour dates appear with the video for EP II's lead single "Catastrophe" below...