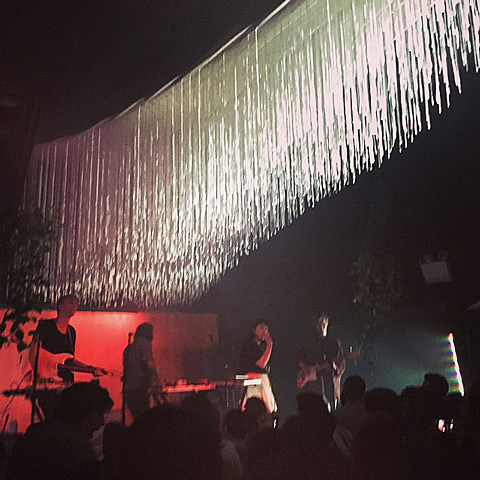 New Zealand's Yumi Zouma released their second EP this week via Cascine and it's definitely worth checking out. The band make dancepop that is ethereal, effervescent and slightly wistful -- like a fond memory with a good beat. You can stream the whole thing below.

Yumi Zouma played a sold-out EP release party last night at Brooklyn's Cameo -- anybody go to that? I you missed them, or want to see them again, they'll be playing tonight (3/14) at Elvis Guesthouse in the East Village. It's a free show with complimentary Miller High Life from 9 - 10 PM. Doss will be DJing before and there will be "very special guest DJs to follow" Yumi Zouma's performance. Due not that Elvis Guesthouse is tiny and there's no stage (bands set up in the back of the bar), so get there early.

Yumi Zouma will then head to Austin for SXSW where they'll be playing a bunch of shows, including the free BrooklynVegan day party on Thursday (3/19) at Red 7 with Metz, The Octopus Project, Speedy Ortiz, Girlpool, Emmy the Great, Ultimate Painting and more.

All dates, including SXSW appearances, are listed, along with the EP stream and flyers, below... 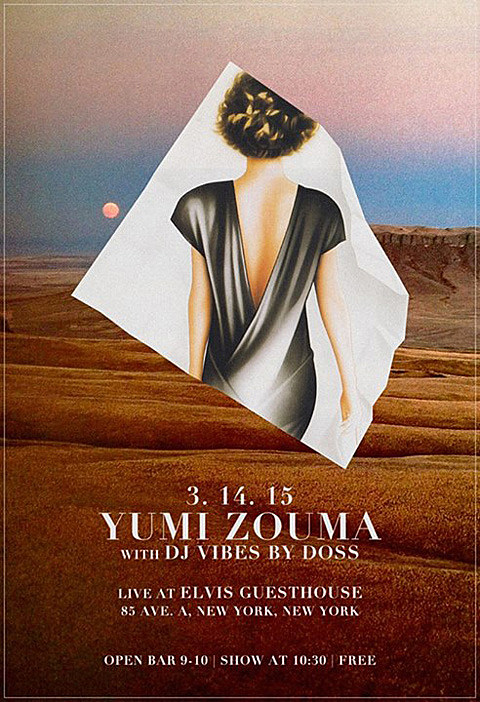