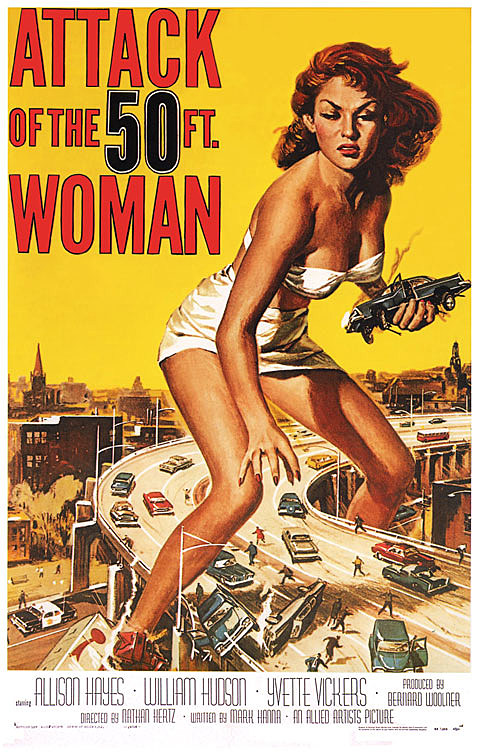 "Yvette Vickers, an early Playboy playmate whose credits as a B-movie actress included such cult films as "Attack of the 50-Foot Woman" and "Attack of the Giant Leeches," was found dead last week at her Benedict Canyon home. Her body appears to have gone undiscovered for months, police said.

Vickers, 82, had not been seen for a long time. A neighbor discovered her body in an upstairs room of her Westwanda Drive home on April 27. Its mummified state suggests she could have been dead for close to a year, police said." [LA Times]

I didn't know Yvette Vickers by name, but I did once own a t-shirt that had her iconic (ironic?) picture on it (see above) a picture of a poster of a movie she was in on it (Allison Hayes is the one in the picture), and Mystery Science Theater 3000 fans surely know the classic "Attack of the Giant Leaches"... which you can watch in full below...