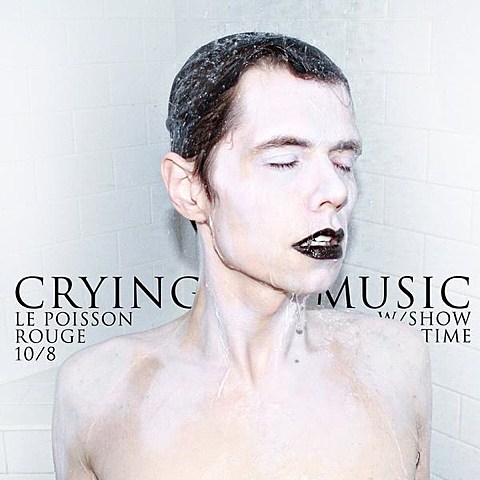 Parenthetical Girls singer Zac Pennington, David Byrne/Amanda Palmer collaborator Jherek Bischoff, and choreographer Steven Reker (of People Get Ready) have a new project called Crying Music. It's already been performed in LA and Seattle, and this week it comes to the East Coast at NYC's Le Poisson Rouge on Thursday (10/8). Opening the show is Jen Goma, who's previously collaborated with Jherek and played in People Get Ready. (She offers up a preview of her look for the show via instagram, below.) Tickets are on sale. We don't fully know what to expect from the show, but you can watch a 30 second clip of one of the LA shows, below.

Jen Goma also plays in A Sunny Day In Glasgow , who announced a double EP earlier this week.

tomorrow at @lprnyc - I'm on at 7pm followed by CRYING (@parentheticalgirls / @jherekbischoff). thx to @kipberman and @leahleahleahs for this pic of me looking like I've never looked before, giving a look I give all the time