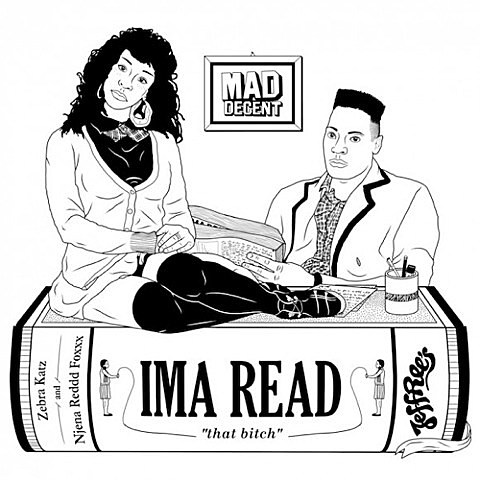 Zebra Katz had something of a hit this year with his collaboration with Njena Reddd Foxxx, "Ima Read," which had one of the best videos of the year, and you can watch it below. It first came out via Mad Decent's sublabel Jeffree's and the track is now getting a limited etched 10" vinyl release through Mad Decent (whose block party they played this year) on January 25. The 10" features "Ima Read," the a cappella version, and the instrumental version on the a-side, and the etching with cover image (pictured above) on the b-side. You can pre-order the 10" HERE.