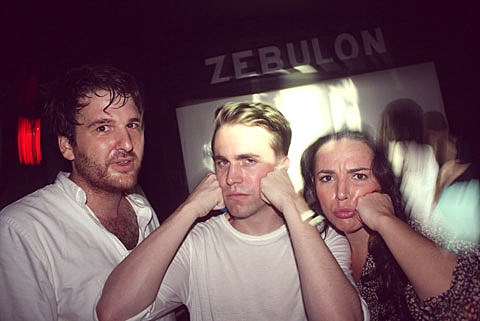 Rumors have been floating around for a while, but now it's official: Williamsburg venue Zebulon, which has always been a great place for world music and jazz, as well as local and touring bands (including being the home of Grizzly Bear's first show in 2004) for about a decade (and almost never charged admission), will be closing its doors for good after their show this Sunday (12/9). The press release (via Zebulon's facebook) reads:

On Sunday, Dec 9 Zebulon will be closing its doors after ten exciting years of pioneering music and arts. Williamsburg has changed significantly since we opened, and unfortunately it is no longer possible today to continue the business in the manner in which it was conceived. Nevertheless, it's been a great run. We are proud to have given many celebrated artists a chance to play in an intimate setting or develop their sound in readiness for a larger audience. Zebulon has employed and supported struggling artists and their families, connected them to a wider musical community in New York and given them a stage on which to experiment. This is our final week so if you haven't been down in a while, please come and say hello/wave goodbye, and pay your respects to this gem of an institution. Thank you for your support and stay tuned for news of our next endeavors and adventures!

Major bummer for the neighborhood. The block Zebulon is on (Wythe between Metropolitan and N. 3rd) has changed drastically in the last two years: the bike club/repair shop, such a fixture for longer than I've lived in the neighborhood ('98),  is now a surf shop, and long-running diner Relish is now an very busy (and overpriced) Mexican place. Zebulon was the last holdout on the block from the early '00s Williamsburg expansion and will be sincerely missed.

The schedule of upcoming shows for Zebulon's final week (including Mike Wexler, Colin Stetson, Hubble and more) is below.