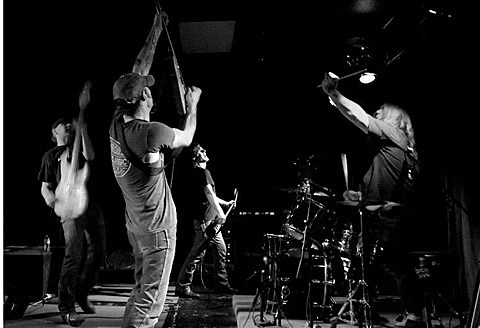 They've been away for a bit, but Zeke will return to the East Coast to play Hoboken at Maxwell's on July 21st with Buzzkill. The show is the only East Coast date for the Northwestern band, who will also play a pair of dates on the West Coast in Oakland and Reno. Tickets for the Maxwell's show are on sale now. Tour dates are listed below.

Zeke's last LP was 2004's Til The Livin' End, which was subsequently followed up with splits with Disfear and Peter Pan Speedrock.

Check out some videos by Zeke alongside a listing of all dates below.