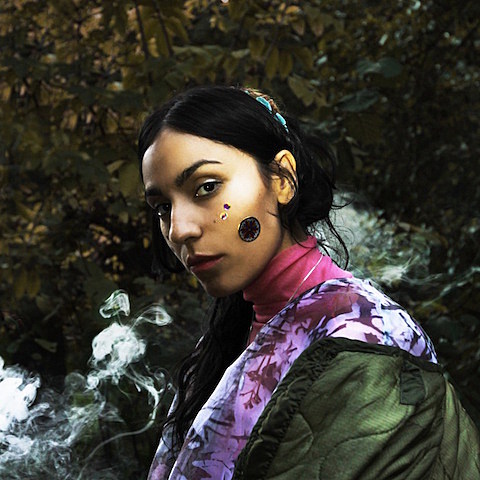 For the third year, "Sweden Makes Music" is coming to Baby's All Right on December 8. Presented by The Consulate General of Sweden in New York and Export Music Sweden, the showcase features a host of Swedish pop acts. The night is headlined by Zhala, who released her self-titled debut album earlier this year via Konichiwa, the label run by Robyn. Zhala opened some dates on Robyn/Royksopp's tour and she's toured with Lykke Li as well. In the video for "Holy Bubbles," she investigates a "concept of a concept where Zhala plays Zhala and Kim Kardashian is on acid in a doom state. The video portrays an Anastacia-inspired personality in a post-apocalyptic environment where mankind's actions continue to tremble the power of the earth." You can watch it, and a couple others, below.

Also playing "Sweden Makes Music": XOV (aka Damian Ardestani) who you may have heard on the Lorde-curated Hunger Games: Mockingjay Pt. 1 soundtrack; Swedish rapper Silvana Imam; and producers André Laos and Duvchi. Streams of their music, below.

"Sweden Makes Music" is a free show with RSVP. Poster for the show is below.

Speaking of Robyn, she is featured on La Bagatelle Magique's single "Love Is Free" and you can watch the video for that, below. 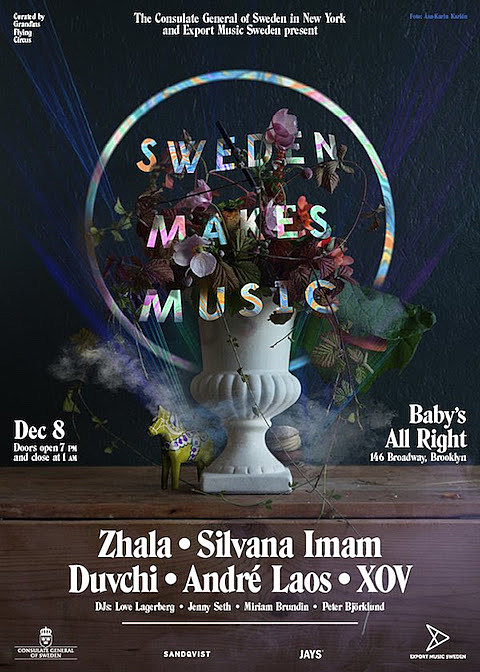