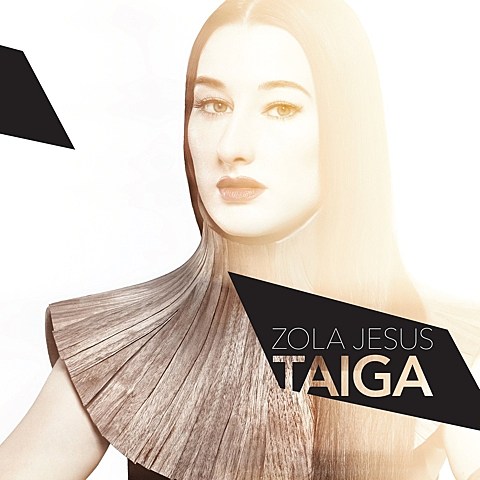 Zola Jesus recently announced that her new album Taiga would be out on October 7 via her new label home of Mute, and she's since scheduled a tour to go down after its release. That tour includes a short US run which culminates in NYC on October 19 at Webster Hall and then heads overseas for several European dates. Tickets for the NYC show go on sale Friday (7/18) at 10 AM. All dates are listed below.

In other news, Zola Jesus recently spoke to Vogue about how Bikini Kill helped shape her coming-of-age experience:

I played [my best friend] one of my favorite Bikini Kill songs called "Carnival." As I played it, she laughed awkwardly and became embarrassed and a little shocked. After that day, we never hung out again. All of my friends I had in sixth grade quickly dissipated. I found myself totally isolated and girl-bullied from the kids I used to think were my greatest allies. It was at that moment I felt different. Something about what I liked, or how I thought, was ostracizing me from that insular micro-community of friends I had known up until then.

I don't blame my old best friend for her reaction, or all the alienation that ensued. In fact, I am proud that it made me stronger. I found friends in Bikini Kill, Huggy Bear, Bratmobile, and Tracy + the Plastics. To this day, every time I hear "Carnival" by Bikini Kill, I think of the person it allowed me to become. Bikini Kill made me independent, strong-minded, and self-driven. They made me aware of a greater world outside of my tiny little town in rural Wisconsin. Most importantly, they made me want to create something that empowered girls as much as they empowered me.

Zola Jesus also revealed the artwork (above) and tracklist (below) for her upcoming LP. List of tour dates, with the single from her new LP, also below...