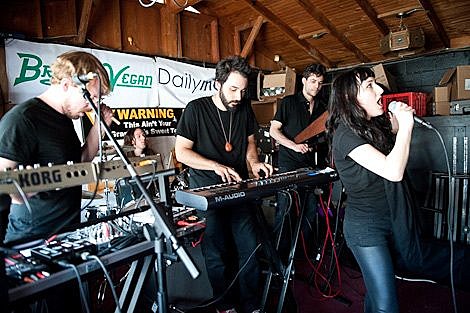 Zola Jesus is hitting the road for a North American tour with Cult of Youth and then Naked On The Vague. The tour hitsBowery Ballroom in NYC on April 23rd with both supporting bands. Tickets for that show are currently on AMEX presale and go on regular sale at noon on 1/21.

Cult of Youth are currently streaming a new song, "New West", at their myspace. The track comes from the band's self-titled LP due via Sacred Bones on Feb 22nd. Oh and, Cult of Youth are scheduled to play Don Hills TONIGHT (1/19) with Heavenly Blows & TV Baby (mems of A.R.E. Weapons, who played Lit Lounge on Monday), one of three other NYC dates scheduled for COY outside of their Bowery Ballroom appearance. Also look for CoY at Secret Project Robot on Feb 25th with Mueran Humans & Blood Rhythm and on March 9th at Home Sweet Home. Full tour schedule is below.

Naked On The Vague released their last offering, Heaps of Nothing, last year via Slitbreeze. Outside of said dates with ZJ, they'll be prepping for the release of their new 12"/CDEP Twelve Dark Noons due via Zola'a label Sacred Bones on 3/29. 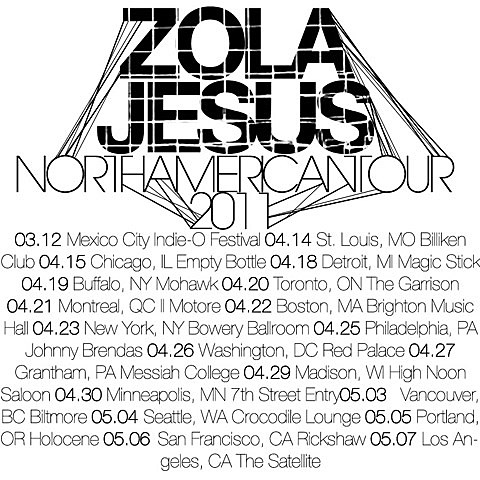