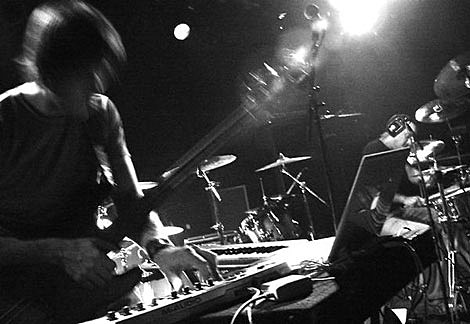 Pittsburgh instrumental duo Zombi, not to be confused with Zomby, return to NYC with Steve Moore's other project, Titan, and Bassoon to play Europa on 3/11. Tickets are on sale. It's one of two shows the band has lined up, with the other in Philadelphia at Johnny Brenda's set for 3/12.

Steve Moore recently released a new remix of Ursula 1000's "This Magick" and a streaming live show from 2008.