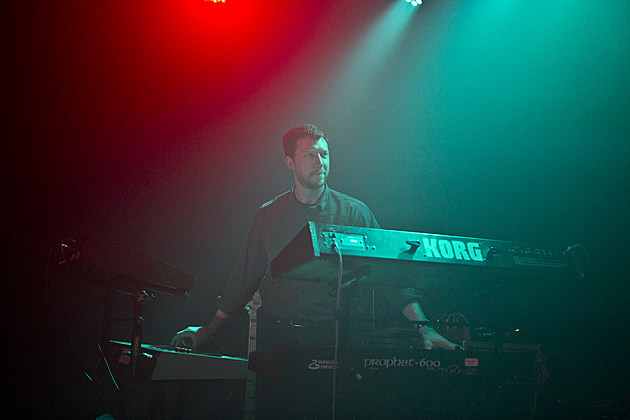 We knew experimental duo Zombi would be playing this year's Housecore Horror Festival, and now they announced a tour with their Relapse labelmates Pinkish Black leading up to it. The tour hits NYC on November 11 at Saint Vitus. Tickets will be on sale soon via Ticketfly. All dates are listed below.

Both bands will have new albums out on Relapse before then. Zombi's Shape Shift arrives on October 16 and is prefaced with two synth workouts, "Pillars of the Dawn" and "Mission Creep," and Pinkish Black's Bottom Of The Morning drops on 10/30. Going by eerie lead single "Brown Rainbow," it should be a good one to get the day before Halloween. Check out those songs below.

And actually, Relapse is putting out a second related release by both bands on each album's respective release date. Zombi's Steve Moore is releasing his score to Belgian horror film Cub and pre-Pinkish Black band The Great Tyrant is releasing The Trouble With Being Born.