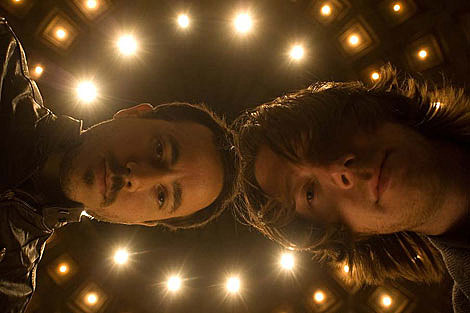 Zombi is back in NYC and will descend on Santos Party House on Dec 18th with Arp and Hours of Worship. Tickets are on sale. The show is one of two dates for Zombi and Arp, the other being Philly on 12/19.

Though Zombi released Spirit Animal on Relapse earlier this year, the pair hasn't rested ever since. Steve Moore has released multiple remixes for the likes of Maserati (RIP Jerry Fuchs), Jupiter, Arnaud Rebotini, and others as well as original compositions under his name and under the guise of Gianni Rossi and Lovelock (who was recently featured in the recent Chromeo DJ Kicks Comp). Meanwhile, AE Paterra has been driving to the hoop with Majeure, his solo project which saw it's debut, Timespan, on Temporary Residence Limited earlier this year.

REPLICA, a collaborative performance piece by Daniel Arsham, Jonah Bokaer, and Judith Sanchez Ruiz, examines memory loss, pattern recognition, and perceptual faculties as they apply to the human body. The piece employs built spaces, objects, lighting, and other media to create the illusion of an expanded space through the use of video and/or still images. REPLICA creates situations onstage that could not veritably exist in physical space. This happens through the use of creative geography in video and built spaces, transporting movement to different locations that appear to be just outside the audience's sightline.

You can catch REPLICA on December 10th, 11th 17th and 18th, with related events throughout the month.

Hours of Worship will open the Santos show in celebration of a new EP, Into The Grass, out on on 12/4 via Ekleroshock. Hours of Worship also dropped a remix for Wildildlife's "Nervous Buzzing", which is available above.

Santos flyer, dates and some Zombi videos below.... 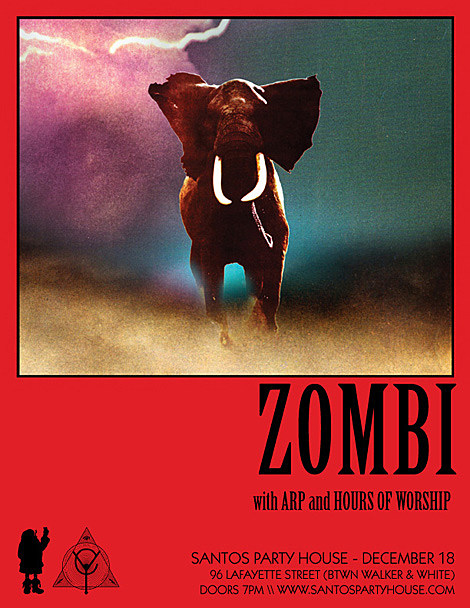