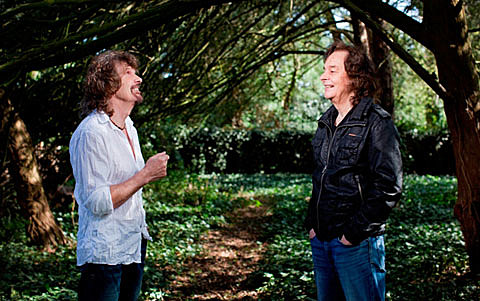 The Zombies (featuring original members Colin Blunstone and Rod Argent) celebrated their 50th anniversary last year with a new album and tour. They've got another run of UK dates announced this year for May and June, and just announced two NYC shows which will take place on August 5 and 6 at Highline Ballroom. Tickets for both of those shows go on sale today (4/13) at noon.

The Zombies continue to be influential on new bands, having recently been covered by twee/dream pop groups Memoryhouse and Tennis. Stream Tennis's take on "Tell Her No" and Memoryhouse's take on "This Will Be Our Year" below.

--
Memoryhouse - "This Will Be Our Year" (Zombies Cover)

Tennis - "Tell Her No" (Zombies Cover)