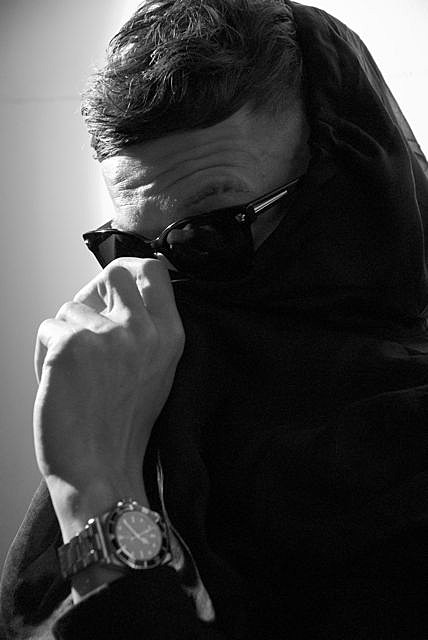 UK producer Zomby is releasing his first album for 4AD, Dedication, on July 11 in the UK and July 12 in the US. Panda Bear provides guest lead vocals on the track "Things Fall Apart," which you can download above. Dedication is/was currently streaming in full on hhv (it doesn't seem to be working at the moment). Check out the full album tracklist below.

July 12 is the same day Animal Collective play Prospect Park in Brooklyn, two days before Zomby's TBA New York show (7/14) which is listed on his myspace. Stay tuned for more details, and hopefully those details aren't a cancellation this time.

Remember when Zomby was supposed to open Animal Collective's Prospect Park show in 2009. It would be cool if he makes up for it by opening at the same venue in 2011. Don't hold your breath though. Zomby also recently cancelled his appearance at the Animal Collective curated-ATP last month. According to 32 RPM...

"Zomby has cancelled and lots of people eager to suck up his revivalist bullshit rave music were forced to mull around wearing their best faces of disappointment. I didn't mind. Zomby is a REDACTED and if it means he's ten fans down after blowing the festival out then that goes to shape a better tomorrow. For one he confused Steve Moore completists and for two the world needs a 90s rave music revival like it needs an airborn Aids strain.

Now much as I was left non-plussed by them I have to say 'good one' to The Frogs for filling the gap and playing a second show."

Harsh. Zomby cancelled Sonar in 2010 too. All currently scheduled dates and the album info below... 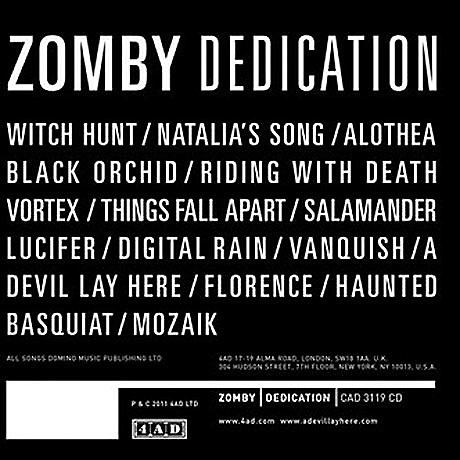