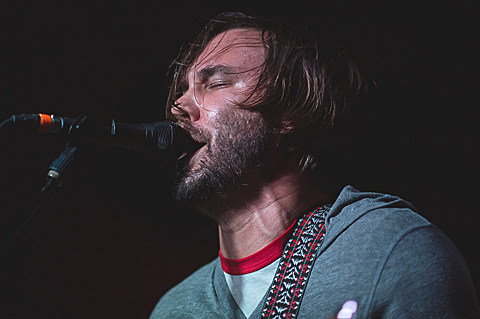 Though veteran emo band Mineral are in the midst of their first tour in 17 years playing the old favorites, singer Chris Simpson is also busy with new material with his Zookeeper project, whose new album Pink Chalk comes out October 14 via Count Your Lucky Stars (pre-order). You've already heard the title track and now we've got the premiere of another, "Conclusions." Like we said about the last single, the emo stylings of Mineral won't be found here. Instead, "Conclusions" would sooner fit alongside the indie folk of the the early-mid 2000s. It's mostly Chris and his acoustic guitar, but with gorgeous string arrangements playing behind him. It's good stuff, and you can check it out below.

If you haven't yet, you can also read our interview with Chris.

And in sadder news, Mineral's van was broken into and all of their belongings were stolen last night.