Detroit's Zoos of Berlin are an intriguingly odd lot, whose music doesn't really sound like anything else going on right now. The word I keep coming back to is regal. It is soft-focus but obtuse, a little foppish and often fancy. Still pop music made by guitars and keyboards and drums and voices, but these guys are definitely in their own orbit. I once called them a "baroque, Krautrock Steely Dan" and I think that's about as close as I will every coming to pinning them down.

After a two-year abscence -- during which primary members Trevor Naud and Daniel I. Clark made a wonderful ambient LP under the name South South Million -- Zoos of Berlin are back with a new album, Lucifer in the Rain, which will be out July 15 on Time No Place. album art and tracklist are below.

No word yet on live dates, but we can hope they'll be making their way East once the album comes out. 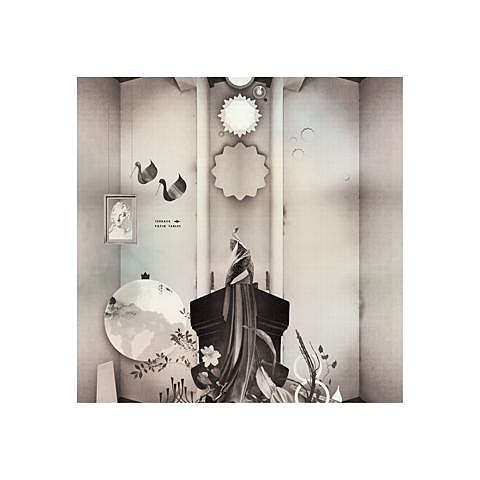 Zoos of Berlin - Lucifer in the Rain tracklist:
Above the Air
Charnel House
Companion Turns
I Went Too Shapeless in the Night
Last Decade
On the Dock with Carlita
Open the Wine
Candlewood Fair
Put on the New Suit
Belles-Lettres
He Lives in the Trees
Movie on August Ray