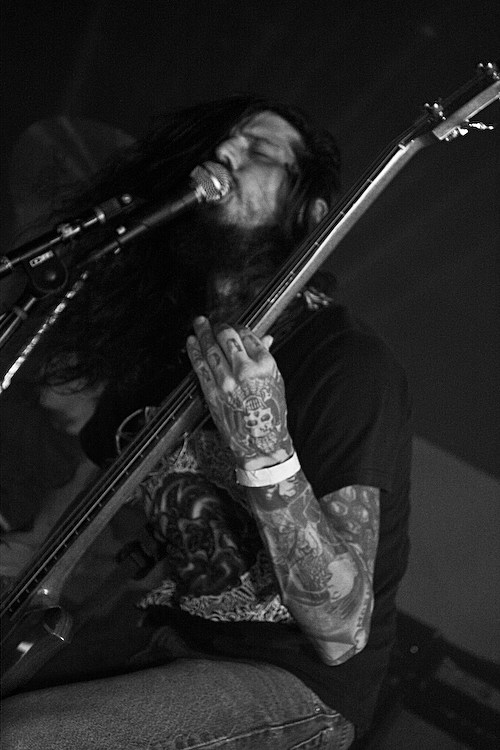 Brent Anderson [bassist for Zoroaster] has torn a ligament in his hand, and is at the doctor today, hoping he can avoid surgery. Needless to say he is unable to play guitar at the moment.

Unfortunately, that means Zoroaster have cancelled their appearance at the BV-BBG Northside Showcase THIS Sunday (6/14) at Europa, as well as an additional four other dates (listed below). No word on how this affects the rest of their (considerable) touring schedule, but as of now they are scheduled to play The Studio @ Webster Hall with The Gates of Slumber and Serpentcult on 8/9 (tickets here).

Even without Zoroaster, there are an additional EIGHT bands on TWO stages including the recently added Liturgy. That's less than $2 a band after fees or A LOT less if you use your Northside badges to the fullest. Doors are at 7. Full lineup also below...