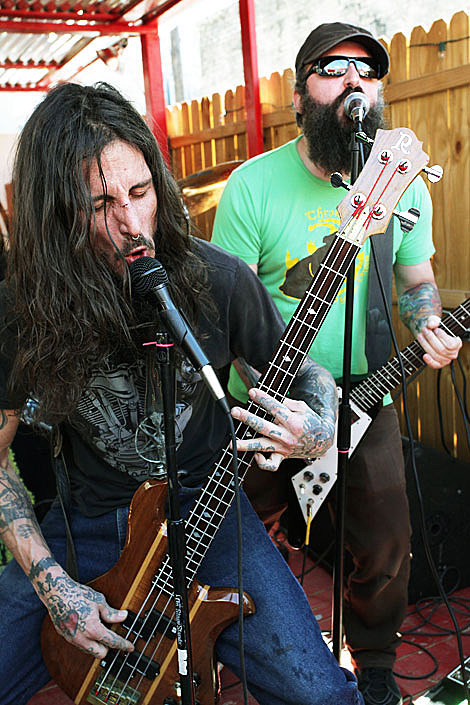 The Summer Southern Burn tour will team up three behemoths of the southern metal underground this summer: Black Tusk, Zoroaster, and Dark Castle! Featuring rotating headlining slots by Black Tusk and Zoroaster and support from one of my favorite young heavy bands (Dark Castle), this promises to be a serious set of shows and BrooklynVegan is proud to be on board as a sponsor.

We've also teamed up with with 1000 Knives to present the NYC show on July 9th at The Studio at Webster Hall. Black Tusk will headline the night and tickets are on sale.

Zoroaster have announced the release date of July 13th for their upcoming LP, Matador, due at their new home, E1 Records. The LP follows their self-released Voice Of Saturn which featured "White Dwarf" and it's accompanying video. Dig on the album art and the tracklisting below. The band recently decimated Hoeks Death Metal Pizza along with The Atlas Moth, The Funeral Pyre, Coffinworm, Trash Talk, and many notable others.

Black Tusk have a record of their own on the way, Taste The Sin, due on 5/25 via Relapse Records. The band directly supported Weedeater on their recent trek with The Gates of Slumber and Struck By Lightning, making quite an impression when they played The Studio at Webster Hall.

Despite parking issues and general SXSW malaise Dark Castle played the Emo's day show on 3/17 during SXSW, the BV-sponsored 20 Buck Spin/Profund Lore showcase, and a surprise show at Lovejoy's the following day. The band absolutely destroyed Union Pool with The Atlas Moth in November of last year. 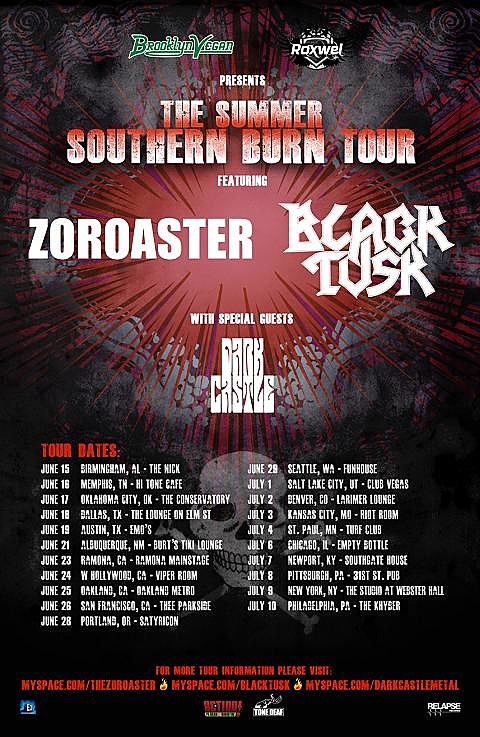 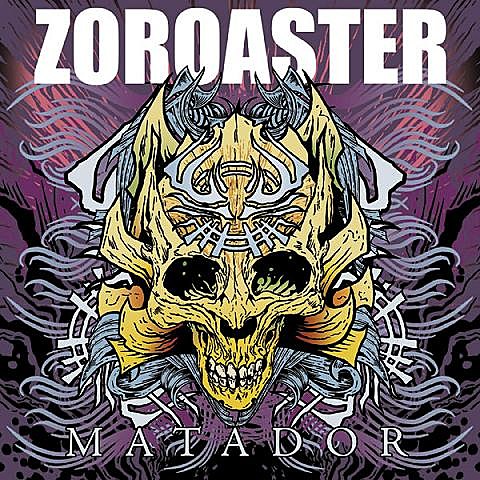