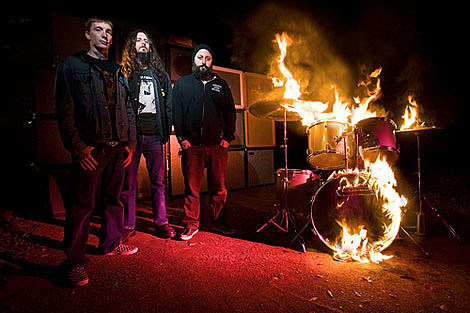 If you live in Brooklyn and the ground starts shaking on Sunday (2/15), don't be alarmed. It's just the cataclysmic assault of rattling full stacks pummeling our fair borough from TWO directions. Hearing damage in stereo. Scratch that, it's full on surround sound.

One of those sets of full stacks will be at Public Assembly. The other is at Europa, where Southern psyche-doom thundergods Zoroaster and the frightening Belgians of Amenra will join (dark) forces with headliner A Storm Of Light for a show at Europa. Tickets are still available, or you can try your luck with a FREE pair of tickets. Email us at BVCONTESTS@HOTMAIL.COM with a subject line of "ZOROASTER" for your chance to win. The winner will be selected at random and contacted.

Feb 15th marks day one of a two-week Zoroaster / Amenra trek of the east coast concluding on 2/28, when the pair will part ways: Zoroaster heads back to their home turf of ATL to R-O-C-K the OMFG-fest (Scion Rock Fest) and Amenra will head to ABC No Rio for a show with Starkweather and Pulling Teeth. Zoroaster have also lined up a few dates in the south leading up to SXSW, including a show with Battlefields & Irepress. Full Zoroaster dates are below. 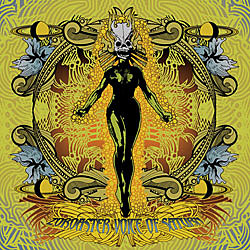 Zoroaster's last album, Dog Magic, dropped in 2007 via Blake Judd's (Nachtmystium) label Battle Kommand Records, but their NEW album, Voice of Saturn, is due on on March 10th via their own imprint, Terminal Doom Records. Look for it... it's the one with the sick Brian Mercer (Melvins, High on Fire) art to the left. Zoroaster is currently streaming one of the new tracks, "Spirit Molecule", but the band has been kind enough to drop another track off, "White Dwarf" featuring none other than Mastodon madman Brent f'n Hinds. Download it above!

For a limited time, preorder Voice of Saturn through the band and bundle it with the awesome Dog Magic for another $5. Zoroaster has also put up a new live DVD for sale entitled Live At Smith's Olde Bar, pick that up here.