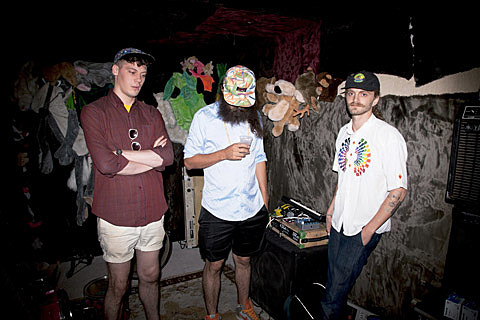 Zs celebrate their 10th anniversary with the new box set The Complete Sextet Works: 2002 - 2007, which is out September 13 via Northern Spy (preorder). The four-disc set contains more nearly five hours of tunes from the band and includes a 22-page booklet. Sample some of those tracks below.

Help celebrate Zs' 11th year and the set's release with an appearance scheduled for August 29 at 285 Kent where the band will be joined by Wet Ink Ensemble, Extra Life, Mick Barr + Marc Edwards Duo, Hubble and Diamond Terrifier, along with DJ sets from Brandon Stosuy and Robin Carolan. $10 gets you in the door. The show will also be a coming out party for new members Patrick Higgins (Bachanalia, ex-Animal) and drummer Greg Fox (Liturgy, Guardian Alien).

Stream material from the box set below, and congratulations to Zs on their decade in existence.