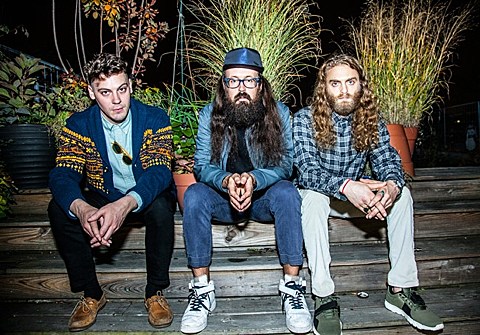 Long-running NYC experimental band Zs debuted their newest lineup in 2012, which is founder Sam Hillmer with Patrick Higgins and Liturgy drummer Greg Fox, and now they're set to release the first album with that lineup, Xe, on January 27 via Northern Spy. It's Zs' first non-remix or live full length since 2010's New Slaves. They recorded it live with producer Henry Hirsch (Madonna, Mick Jagger, etc), and Tauba Auerbach handled the album's artwork and sculptures. The first single, "Corps," is out now and it's a 12-minute bouncy avant-garde jam that you can check out below. Album artwork and tracklist also below.

Sam, Greg and Patrick also gave us their year-end lists for 2014. While the latter two stuck to their favorite albums, Sam gave us his list of the 10 Most Anonymous Comments on Brooklyn Vegan in 2014. You can find out what ended up on those lists, with the song stream and album tracklist/artwork, below... 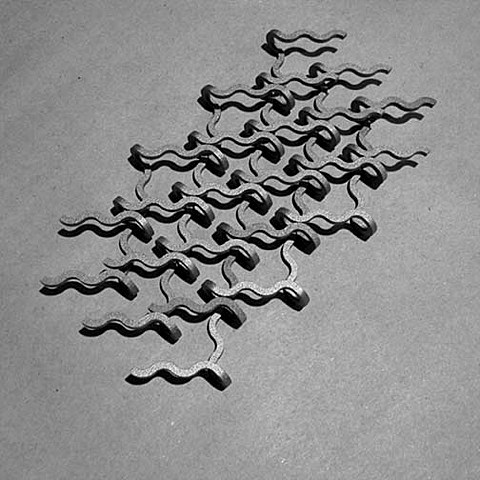 Sam Hillmer's 10 Most Anonymous Comments on Brooklyn Vegan in 2014
1. Wtf? Some cross dressing dude from New Orleans thinks he owns the copyrights to ass shaking?

3. I love gentrification. Dear failshit artists: For once, move to a neighborhood you can afford - without turning it into some kind of fantasyland for dorks - and then no one will follow you there and price your sorry asses out.

5. I'm just kidding I don't have a girlfriend.

6. Ain't got no job but the landlord don't give a fuuu.. cuz i ain't no goddamn sodomite.